NTP is a protocol which allows a customer to be synchronized starting from a TCP/IP network.It was developed to provide a UTC (Universal Time Co-ordinated) of a precision about the millisecond for LAN network and about 50 milliseconds for WAN.

The delay or time to go and return is given by the formula:

The offset is obtained by:

To make an right estimate of the time to go and return and the offset between the two clocks, the protocol NTP must record four information of time in its NTP frame.

Protocol NTP is built on UDP/IP, which implies:

After the  UDP header, the NTP message is found: 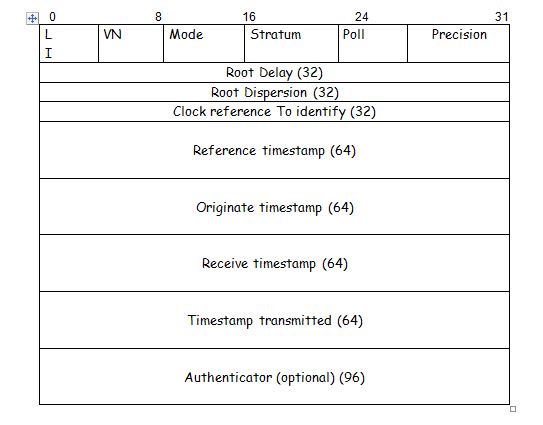 The significance of the various fields is as follows: 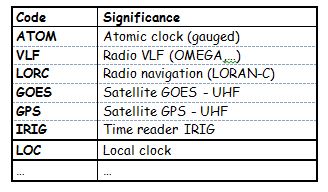 Note: When the number of stratum is higher than 1, this field contains address IP of the reference server.