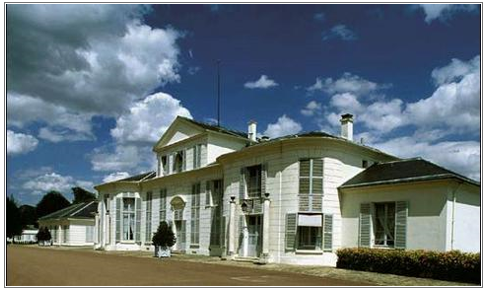 A brief history of the time is defined across the world. 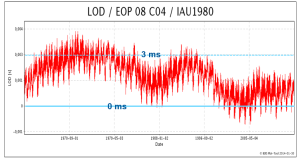 1967: Redefinition of the second based on caesium atomic clock 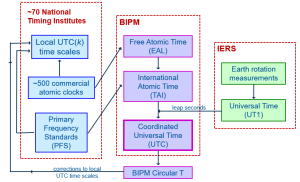 The UTC time is eventually computed by the BIPM in Paris after computing all the received data for the past month, so the UTC time is only defined with a one month delay. 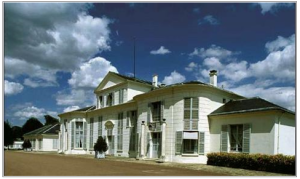 See below an exemple of how the data coming from the different location looks like (sept 2017 to june 2018). 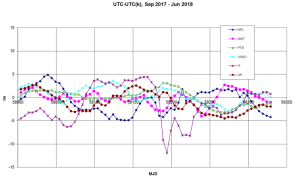 Each country is using its own UTC time (not averaged yet) to feed it systems (GPS, GALILEO, GLONASS, Internet NTP …).